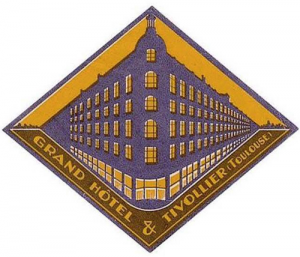 The F. Scott Fitzgerald Society will host its 15th international conference, “Place and Placelessness,” in Toulouse, France, from June 24-29, 2019, with an optional pre-conference meeting date in Paris on June 23 to tour significant Fitzgerald sites.

When studying sites in France where F. Scott and Zelda Fitzgerald resided, the southwest of France is often left out in favor of more renowned locales like Paris, Lyon, and the Riviera. Only a few biographers mention their stay in Salies de Béarn, a spa resort in the Pyrenees, in January 1926. According to Zelda, their hotel room was “flush with thin sun rolled down from the Pyrenees,” but both were bored and, after a few weeks there where Zelda took a cure for colitis and Scott wrote two short stories and an essay, they moved on to the Riviera, passing through Toulouse and Carcassonne on the way.